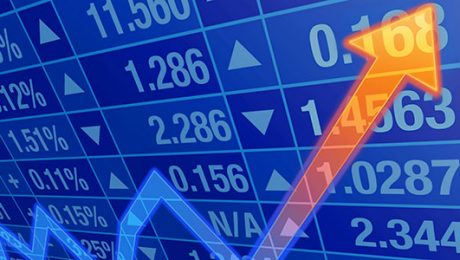 After the volatility and market turmoil caused by British referendum to leave the European Union (Brexit), markets rallied strongly in July based on the belief that further monetary easing, or at least a reduced tightening bias, was in the offing as central banks around the world assessed the likely impact of Brexit and weaker growth on their economies.

In Australia markets rallied strongly, up 6.3% for the month, as a Liberal party victory in the national elections combined with weaker than expected inflation numbers – with the Q2 inflation number of 0.4% resulting in the lowest annual reading in 17 years of 1.0% – supporting the expectation of further rate cuts. These came in the August Reserve Bank of Australia (RBA) meeting with a further cut to 1.5% which is a record low for the country. Given markets had largely anticipated this, the currency did not fall as a result, and markets are already pricing in a further rate cut later this year.

In Japan, an upper house election which strengthened the incumbent Abe government combined with a ¥13.5 trillion (?A$170bn) stimulus package have seen that market rally strongly in July, up 6.4%. This followed a poor June which was impacted by the Bank of Japan indicating it was reluctant to provide further stimulus.

In Europe, Gross Domestic Product (GDP) growth weakened slightly in Q2 up 1.6% year-on-year vs 1.7% year-on- year in Q1. Concern about Britain’s Brexit vote has faded somewhat although the UK has yet to start the formal withdrawal process. Both the European Central Bank and the Bank of England (BoE), did nothing at their respective July policy meetings, the BoE cut rates in its August meeting to a record low 0.25%. It also announced a bond buying programme for both government and corporate bonds and a schemed to encourage banks to lend to business.

The expectation of continued policy easing also saw European share markets to rally in July, but the EU remains at risk of further members leaving and indeed complete disintegration medium term. Other EU members will be keeping a close eye on the UK exit process, and the EU itself is therefore incentivised to be as tough on the UK as possible to dissuade further defections.

China growth continues to disappoint, with Q2 GDP coming in at 6.7% despite significant government stimulus over the past 12-18 moths as funds have been directed to underperforming state owned enterprises, limiting the efficiency of transmission to the broader economy.

In the US the Federal Reserve (the Fed) left rates on hold in July but the Fed has left the door open for a September rate rise amid conflicting signals. US Q2 GDP growth of 1.2% fell well short of the 2.6% expectations, however employment numbers surprised on the upside, with the non-farm payrolls report for July showing the US economy added 255,000 jobs in the month, beating economists’ expectations for growth of 180,000. Net-net however, the soft GDP growth profile in particular makes it unlikely, in our view, that the Federal Reserve will be able to hike rates at its next meeting in September.

Overall, while we see some green shoots of a recovery, we continue to believe that that recovery is fragile and overestimated given the relatively high earning expectations built into prices. As a consequence we continue see risks as to the downside in equity markets this reporting season as markets adjust their earnings outlook. Specifically, we continue to remain underweight the financial sector as we remain cautious on banks given the continuing risk around net interest margins for the banks while remaining overweight in the defensive healthcare sector, and the consumer discretionary sector. While the latter is not normally viewed as defensive, we have chosen companies with more significant barriers to entry or, in the case of REA, exposure to the real estate sector which is likely to remain buoyant on the back of continued low interest rates.

Royston Capital is a privately owned and operated business. (AFSL: 438262 ABN: 98 158 028 392)
This information is of a general nature only and has been provided without taking account of your objectives, financial situation or needs. Because of this, you should consider whether the information is appropriate in light of your particular objectives, financial situation and needs.
No representationisgiven, warranty made or responsibility taken about the accuracy, timeliness or completeness of information sourced from third partie s. Because of this, we recommend you consider, with or without the assistance of a financial adviser, whether the information is appropriate in ligh t of your particular needs and circumstances
Sources: Alexander Funds Management, BCA Research
Past performance is not a reliable indicator of future performance. Projected earnings are not guaranteed.

Political risk, uncertainty and volatility have been the key theme of the last month with Brexit, changing guidance from central banks and electoral uncertainty in Australia all driving markets.

By far the biggest factor driving this uncertainty has been Britons referendum to leave the European Union (Brexit). We flagged last month that the market was underestimating the risk, and the immediate market drops in the wake of the vote highlight just how much that was the case. Ironically however, the UK was the best performing of the major equity markets in June (up 4.4%) as the Bank of England (BoE) governor said it would not only provide liquidity support in the short term, but also was in a position to ease rates. The countenance to this was that the Pound fell over 10% to record lows.

Longer term, assuming the UK triggers Article 50 to commence the 2 year leaving negotiations, the loss or at least uncertainty around the rights of UK firms to trade into the common market will lead to deferment of investment decisions and capital movement out of the UK will likely lead to a UK recession.

The greater risk to the world economy comes not from a UK recession, but from a collapse of the European Union (EU) as other nations look to reassess their positions in the block. It is this risk that will force the EU to drive as hard a bargain as possible with the UK to make it a warning to other countries considering leaving.

Pre-Brexit Europe surprised on the upside, with Q1 GDP up 0.6% (1.6% yoy) as unemployment continued to improve (now 10.1%) and the EU saw some price growth in the quarter following zero growth or deflation in the previous 4 quarters. While this was a good result, we would expect some moderation of this as companies and investors, particularly those with business or clients in the UK, sit on their hands given the uncertainty. The risk remains around peripheral European bond rates, albeit the European Central Bank (ECB) bond buying should be able to contain rates in the short to medium term absent a move by any of those countries to leave the Euro or EU. The other risk factor is the promised referendum on political reform in Italy. Should it fail, and the Prime Minister resign, there is renewed risk of a credit crisis in that country. No date for the referendum has yet been set.

In Australia, the Reserve bank of Australia held rates at 1.75% and, despite the Brexit volatility, retained its neutral stance on rates as it awaits the Q2 inflation report later this month; and the likelihood of a low inflation number means that we would expect rates to be cut further later in the year. The uncertainty that a hung parliament in Australia and the ongoing instability that this could create would also increase the likelihood of further rate cuts. Even if we have a small majority or minority government, as we saw in 2010, combined with a fractured Senate means that whoever wins government, the inability to effectively pass legislation is likely to dampen business and consumer sentiment.

China growth continues to disappoint, with weaker than expected April and May economic data pointing to Q2 GDP in line with the Q1 level of 6.7% despite significant government stimulus over the past 12-18 moths, as a fall in manufacturing and exports, high corporate debt levels combined with high personal savings rates dampen the impact on the economy. Non-performing loans continues to increase the risk of a banking crisis in China, albeit we would expect the government to step in to recapitalise any struggling bank to avoid such a crisis.

In the US the Federal Reserve left rates on hold and stepped back from its hawkish bias following weaker than expected employment data and the uncertainty around Brexit. While housing construction and household consumption spending appear strong in Q2, the weakness in the labour market is likely to put off any rate rises before the end of the year.

The other central bank to surprise was the Bank of Japan (BoJ), which indicated it was reluctant to provide further stimulus. This led to Japan being the worst of the major equity markets in June, down 9.6%.

Overall, our view from the previous two months remains unchanged as uncertainty continues to weigh on business and consumer confidence across the developed world. The reflation trade that we previously flagged as extending into August appears to have gone into reverse already. Given the relatively high earning expectations built into prices we continue see risks to the downside in equity markets.

Royston Capital is a privately owned and operated business. (AFSL: 438262 ABN: 98 158 028 392)
This information is of a general nature only and has been provided without taking account of your objectives, financial situation or needs. Because of this, you should consider whether the information is appropriate in light of your particular objectives, financial situation and needs. No representation is given, warranty made or responsibility taken about the accuracy, timeliness or completeness of information sourced from third partie s. Because of this, we recommend you consider, with or without the assistance of a financial adviser, whether the information is appropriate in light of your particular needs and circumstances
Sources: Alexander Funds Management, BCA Research
Past performance is not a reliable indicator of future performance. Projected earnings are not guaranteed.