There is no denying it, economic growth continued its upward trajectory last month. Leading economic indicators continue to point to strength through 2018 with inflation remaining benign. Easy monetary policy is slowly coming to an end with the US Federal Reserve now firmly in a tightening cycle and Europe removing the words ?further easing? from its policy statement at its recent meeting. In Australia the Reserve Bank has retained the ultra-low 1.5% rate and is likely to do so for the remainder of 2018 yet setting the scene for a rate hike. Global economic growth seems likely to gather pace helping to lift the Australian economy, only an increased urgency from the US Federal Reserve to tighten monetary policy could derail this.

In the US, Jeremy Powell, newly appointed chairperson of the US Federal Reserve, pained an optimistic picture of the US economy and even pointed to risks to the ?strong? outlook (Click here for a 2 minute video of his testimony).

The US economy looks set to grow strongly in 2018. Add to that view additional stimulus from legislated tax cuts and a lift in government infrastructure spending and we could see the economy overheat. 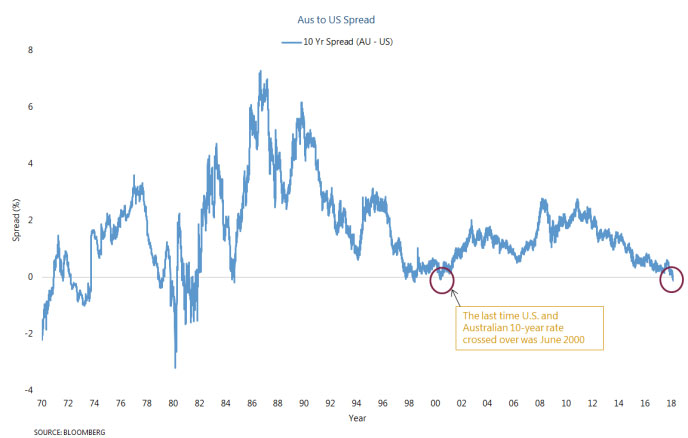 The prospect of higher US inflation has caused US bond yields to push up erratically on the assumption that the Fed will need to increase rates faster. The risk is that bond yields push higher on more strong US economic readings and more signs that inflation is increasing. The market had been assuming 3 rate hikes and is now starting to price in 4. In our view there were 4 last year and there will be 4 this year.

The U.S. 10-year Treasury rate edged higher than?the Australian 10-year rate, the first time this has?occurred in almost 18 years! The 10-year rate now?joins the 3 and 5 year rates, which both crossed its?U.S. equivalent over the past few months. History tells us that periods of time where the 10-years have crossed have been short-lived. Additionally, the spread tends not to dive into too deep a territory, we have to go back to the early 80s when the negative spread was larger. However this time is likely to be different. U.S. short-term rates are likely to be above Australian short-term rates for a period of time: 3-4 Fed hikes versus potentially no RBA hikes for 2018 and we could have 100bps of difference between our cash rates. Surprisingly to-date this has had little to no impact on the $AUD.

China has continued to grow strongly through 2017 which has helped other Asian economies. The Chinese are paying more attention to risks that have built up in the financial sector. To encourage growth, many provinces had offered companies a break on their pension scheme contributions to encourage corporations to set up in their region. Many of the pension schemes are now either insolvent or close to insolvent (1-3 months payments). This is a risk that most commentators have either bundled with ?financial risk? comments on debt etc. or are unaware of. This will be a drag on the economy along with other reforms. Aside from this, domestic spending has been strong and overall GDP should hover around the targeted 6.5% pa. Finally, the changing political landscape may pose a risk. President Xi Jinping is now entrenched in power, some say because he has made too many enemies to step down (remember the anti-corruption campaign). This could be China?s version of strongman rule or as some have said ?Putinism with Chinese Characters?.

With the US raising rates and China continuing on its path of reform, it has been Europe that has surprised with growth. What?s more is that there is still ample spare capacity for Europe to grow without putting upward pressure on wages or inflation. As industrial production lifts, unemployment falls, and household spending increases we anticipate the improving growth to continue. This is being supported by accommodative monetary policy and it appears the ECB is prepared to move a glacial pace. We think European economic prospects are bright which led us to recently make changes to our international equity portfolio.

Australian economic growth continues on its slow but positive trajectory. Uncertainty remains with spending given the highly indebted household sector and soft wages growth. To date, the housing construction sector has been well supported by the highest immigration of the OECD, this is now becoming political and we could see change at the next federal election on this key area. In the mean-time, the economy has been supported by strong commodity prices (which we think could start to weaken), and Government spending on infrastructure. As the labour market tightens we should see a lift in wages and this could be exacerbated if there is a change in population policy (if Labour or Liberal actually have a policy). For now, any interest rate rise from the RBA seems to be getting pushed further into the distance. US / AUS interest rate differentials are set to widen, add to this the possibility of lower commodity prices and we could see a downward shift in the AUD$. 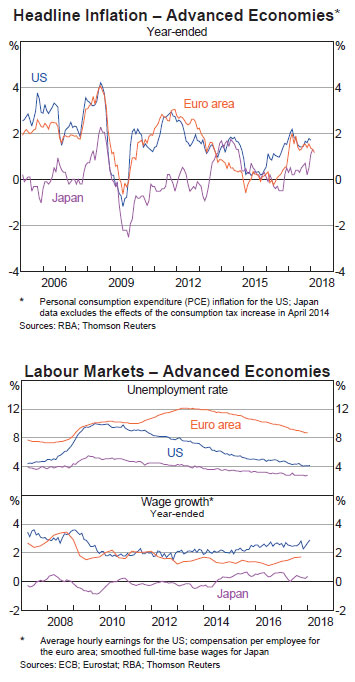 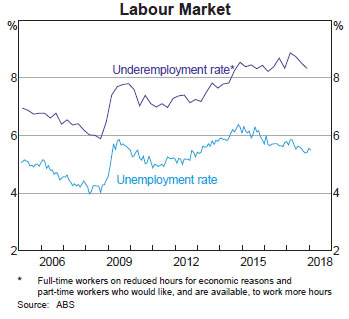 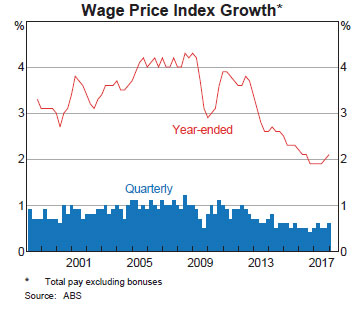 Royston Capital is a privately owned and operated business. (AFSL: 438262 ABN: 98 158 028 392)
This information is of a general nature only and has been provided without taking account of your objectives, financial situation or needs. Because of this, you shouldconsiderwhethertheinformationisappropriateinlightofyourparticularobjectives,financialsituationandneeds. Norepresentationisgiven, warranty made or responsibility taken about the accuracy, timeliness or completeness of information sourced from third parties. Because of this, we recommend you consider, with or without the assistance of a financial adviser, whether the information is appropriate in light of your particular needs and circumstances.
Sources: Alexander Funds Management, Admiral Investments, CommSec, BCA Research, PIMCO, Reserve Bank of Australia; http://www.afr.com/news/economy/monetary-policy/six-takeaways-from-fed-chair-jerome-powells-testimony-mohamed-elerian-20180227- h0wqzo?et_cid=29117542&et_rid=1925806447&Channel=Email&EmailTypeCode=The%20Brief&LinkName=six+key+takeaways+from+his+testi mony&Email_n ame=TheBrief-0228&Day_Sent=28022018
Past performance is not a reliable indicator of future performance. Projected earnings are not guaranteed.